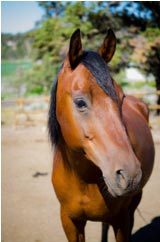 In 1998 Troy and Kim were called to investigate a large herd of nearly 60 horses that were in peril. From that rescue, Crystal Peaks adopted five neglected youngsters. The five new arrivals were all two year olds with the exception of one slender three-year-old National Showhorse. This frightened colt captured Troy's heart and soon the two were inseparable friends. When the colt was old enough and strong enough to carry Troy, he became his primary riding horse.

To help the gelding gain strength, balance and courage, Troy rode him is several small endurance races. Zephyr grew in size and passion and true to his NSH heritage, transformed into a highly intelligent and energetic horse.

Because of his breed-infused energy, Zephyr was not suitable for children to ride. With personal regret, Troy had to place the needs of the Ranch over his own desire to keep a horse few could ride. Zephyr was placed into a loving home where his training was expanded to include many facets of showing.

In October 2010, the Ranch received a call that inquired if we were interested in giving a handsome gelding a new home. Much to our elated surprise, Zephyr was once again available for adoption.

Back in the care of his Crystal Peaks home, Zephyr has matured into a powerful gentleman, now suitable for the more skilled riders who frequent the Ranch. Days after his homecoming, Troy was—once again—seen cantering perfectly framed laps around the arena on his special friend.

Fun fact: Zephyr remains as one of the most intelligent horses the Ranch has ever adopted.

You can read Zephyr's story in its entirety in Hope Rising, page 101. 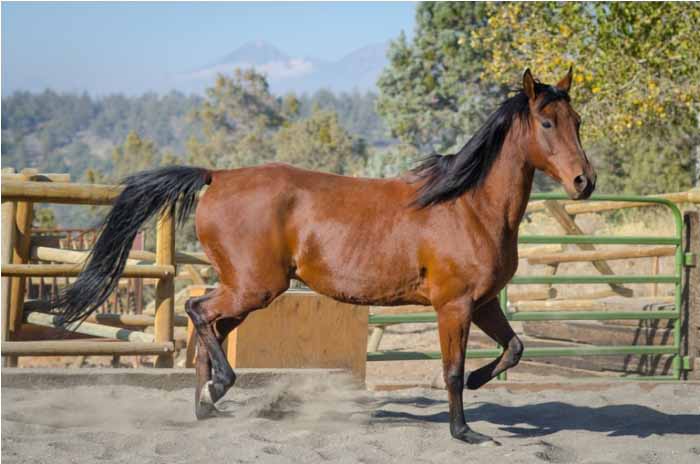