Once again, I found myself at Bend Equine Medical Center. A staff member and I were working together to carefully load and unload a frightened horse for a check-up. While at the clinic, I noticed something. More specifically, I noticed . . . someone.

Wherever I went, he watched me intently with one blue eye and one brown eye. He was inquisitive, curious, always asking with his eyes for me to come close. Finally, I did. He was outside standing in a tiny paneled corral on the lawn. As I approached him, he bobbed his head up and down in anticipation. It was as if he was “willing” me to walk faster, to come and spend time with him.

I was not disappointed. He was everything I expected—and more. The loud colored horse in the tiny corral was funny, engaging, intelligent and loved people. I was completely delighted by him. Once back inside the clinic, I inquired about him. That’s when I was told his story.

Apparently, he was once a competitive trail horse. His owner showed him until he started to limp on his left hind leg. A veterinary investigation revealed that he had a badly strained suspensory ligament. His injury was so severe that an entire year of confined “rest” was going to be needed for any chance of a meaningful recovery.

During the gelding’s “resting recovery” his owner suddenly lost her job and could no longer afford his care. Believing that no one would take on a horse that needed so much attention, the owner felt her only option was to put him down. The attending veterinarian—with great respect—said, “No.” They explained to the distraught owner that her horse still had much life to give and that he needed a chance to do so. They would take on the responsibility of finding a suitable home for him.

In short order, he was driven to his new home at Crystal Peaks. When I asked ​one of our male staff members about a potential name for our new horse, he asked if he could take some time to consider it. In a few days he sought me out and asked, “What do you think about Ezekiel? It means—God will strengthen. We can call him 'Zeke' for short.” Together we agreed that this would be the perfect name because it was proclaiming what we believed God was going to do in his life.

God HAS been faithful. Zeke improved significantly and during his recovery he made many young friends over the fence. He is fully immersed in our session program. We are continually blessed by all God is doing through this crazy-colored gelding that “God has strengthened.” 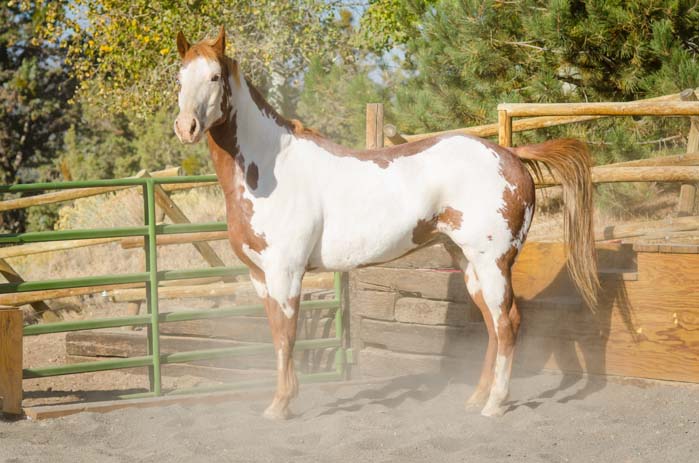